Peter Billingsley is an American actor, director, and producer who rose to prominence by portraying the role of Ralphie in the 1983 movie A Christmas Story. He is also known by the public for his role as Messy Marvin in the Hershey’s Chocolate Syrup commercials during the 1970s. He played Jack Simmons in the 1985 film The Dirt Bike Kid, for which he won a Young Artist Award. Born Peter Billingsley-Michaelsen on April 16, 1971 in New York City, New York, USA, to Gail Billingsley and Alwin Michaelsen, he grew up with four siblings, Melissa Michaelsen, Neil Billingsley, Dina Billingsley and Win Billingsley. He became engaged to his girlfriend Buffy Bains in 2015. 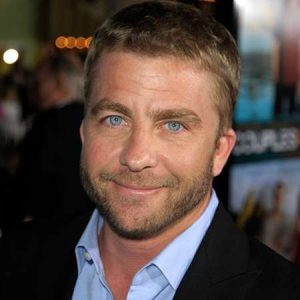 Peter Billingsley Facts:
*He began his career appearing in television commercials.
*In 2005, he was number 63 on vh1’s The Greatest: 100 Greatest Kid Stars.
*Became close friends with Vince Vaughn, after they shared the screen on CBS Schoolbreak Special: The Fourth Man in 1990.
*He currently resides in Los Angeles.
*Follow him on Twitter.