Phillipa Soo is an American actress and singer who originated the role of Eliza Schuyler Hamilton in the Broadway musical Hamilton, for which she was nominated for the 2016 Tony Award for Best Actress in a Musical. Her other credits include Natasha, Pierre & The Great Comet of 1812, Amélie, The Parisian Woman, and the NBC musical-drama television series Smash. Born Phillipa Anne Soo on May 31, 1990 in Libertyville, Illinois, USA, to parents Sheila Chapman and David Soo, her father is a first generation Chinese-American while her mother is white, with English, Scottish, and Irish ancestry, and was born in Illinois. Soo attended Libertyville High School from 2004 to 2008 and graduated from Manhattan’s prestigious Juilliard School in 2012 along with composer/tubist Ibanda Ruhumbika. On September 24, 2017, she married actor Steven Pasquale. 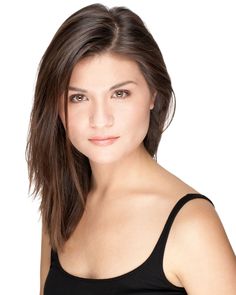 Phillipa Soo Facts:
*She was born on May 31, 1990 in Libertyville, Illinois, USA.
*Her ancestry includes Chinese, Irish, Scottish, and English.
*She graduated from The Juilliard School’s acting program in 2012.
*In February 2016, she became engaged to actor Steven Pasquale. They married on September 24, 2017.
*Follow her on Twitter and Instagram.