American recording artist who became recognized for his 2015 single “Fleek”. His 2016 single “Selfish”, peaked at #51 on the US Billboard Hot 100. PnB Rock released his debut studio album, Catch These Vibes, in 2017, followed by his second album, TrapStar Turnt PopStar in May 2019. It is a double album, and features collaborations with XXXTentacion, Lil Durk, Quavo and A Boogie wit da Hoodie, amongst others. The album debuted at #4 on the US Billboard 200. His second mixtape album titled GTTM: Goin Thru the Motions, debuted at #28 on the Billboard 200. Born Rakim Hasheem Allen on December 9, 1991 in Philadelphia, Pennsylvania, to parents Raymond Allen and Vivian Allen, he grew up with his two older brothers and two younger brothers. His father was murdered when Rakim was just three years old. He grew up listening to rapper 2Pac and R&B group Jodeci. He has a daughter name Milan. 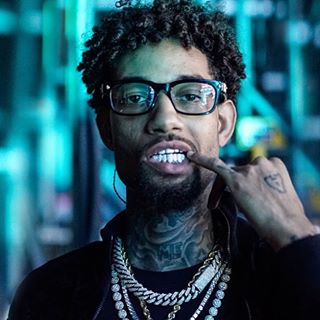 PnB Rock Education:
He dropped out of high school to focus on music.

PnB Rock Facts:
*He was born on December 9, 1991 in Philadelphia, Pennsylvania, USA.
*His real name is Rakim Hasheem Allen.
*His father was murdered when he was three years old.
*He started selling drugs on the streets at the age of 15.
*He released his debut mixtape, Real N*gga Bangaz in June 2014.
*He released his first studio album via Atlantic Records titled Catch These Vibes in November 2017.
*He was chosen as part of the XXL Freshman Class in 2017.
*Visit his official website: www.pnbrockofficial.com
*Follow him on Twitter, SoundCloud, YouTube, Facebook and Instagram.