Lakshmi Rai, widely known as Raai Laxmi, is a famous Indian actress who predominantly appears in Malayalam, Telugu, Tamil, and Kannada films. She made her Bollywood film debut with the film Julie 2 in 2017. Laxmi began her career as a model doing advertisements such as Bru coffee, Saravana’s stores and Fair & Lovely. She made her acting debut with a Tamil language film Karka Kasadara in 2005. Raai Laxmi was born on May 5th, 1989, in Bangalore and was brought up at Belgaum. She is the daughter of Ram Rai, a businessman, and Manjula, a homemaker. She has two elder sisters Reshma and Ashwini. Rai’s family moved from Bangalore to Belgaum after she was born. 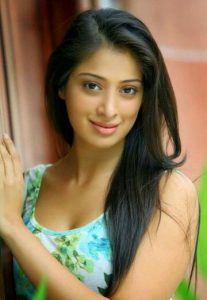 Raai Laxmi Education:
She did her studies at Belgaum.

Raai Laxmi Facts:
*Her family moved from Bangalore to Belgaum after she was born.
*She made her debut at the age of 15 in the Tamil film Karka Kasadara in 2005.
*She has completed over a decade in the film industry, acting over 50 films in multiple languages.
*She won the ‘Miss Belgaum’ title for 2 years from 2002 to 2004.
*She likes horses and bike riding.
*She is often called as the selfie Queen of South Indian film industry.
*In 2009, she hosted the Anu Aluvum Bayamillai Season 2.
*She has been romantically linked with cricketers Sreesanth and MS Dhoni.
*She lost a lot of weight to get her bikini look for her Bollywood debut Julie 2.
*Five things she can’t live without are phone, wallet, music, gym, and friends.
*Follow her on Twitter, YouTube, Goodle+, Facebook, and Instagram.