Rajinikanth is an Indian film actor, who appears in Tamil, Bollywood, Telugu, Kannada, Malayalam, Hollywood and Bengali films. He has worked in over 150 films across various film industries of India. Before starting his career in the film industry, he worked as a bus conductor for Karnataka state transport corporation in Bangalore. His debut film Apoorva Raaganga (1975), won the National Film Award. Rajinikanth was born as Shivaji Rao Gaekwad on December 12, 1949 in Karnataka, India to Jijabai and Ramoji Rao Gaekwad. He has been married to Latha Rangachari since February 2, 1981. They have two daughters, Aishwarya and Soundarya. 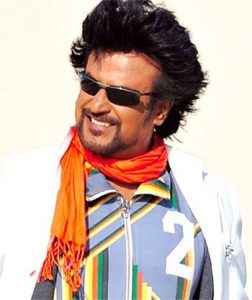 Rajinikanth Facts:
*He lost his mother when he was 5 years old.
*His debut film Apoorva Raaganga (1975), won the National Film Award.
*He worked as a bus conductor before finding his first entertainment job as a stage actor.
*In 2007, he became the second highest-paid actor in Asia.
*His fans worshiped him like a god.
*His 100th film was Sri Raghvendra, which was made in Tamil.
*Follow Rajinikanth on Twitter.

“God gives a lot of things to bad people, but he will let them fail eventually. God tests good people a lot, but he will never let them down.” – Rajinikanth