Randy Randall Rudy Quaid, born October 1, 1950, is an American actor, best known for his roles in The Last Detail, for which he earned a series of nominations at the Golden Globe Awards, Academy Awards and the BAFTA Awards, and Lyndon Johnson in LBJ: The Early Years, for which he won a Golden Globe Award and earned an Emmy nomination. He has also played prominent roles in a number of films, including National Lampoon’s Vacation movies, Brokeback Mountain, Independence Day and Kingpin. Randy was born in Houston, Texas, to William Rudy Quaid and Juanita Bonniedale Quaid. He is married to American Film Director Evi Quaid. He was previously married to Ella Jolly. He has a daughter, Amanda. 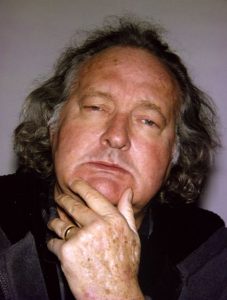 Randy Quaid Facts:
*He was discovered by director, Peter Bogdanovich while studying drama.
*He enjoys painting in his spare time.
*He has Not spoken to Dennis (younger brother) in over 20 years due to a property dispute.
*A full 5 inches taller than his brother, Dennis Quaid.
*Follow him on Twitter.