Indian television and film actor and model who was the runner up in the 1999 Grasim Mr. India contest, and first runners-up at the Mr Intercontinental. He is best known for television roles as Aditya on Maryada: Lekin Kab Tak?, Rohan Mishra on Hongey Judaa Na Hum, Shlok on Seven and Anthony Gonzalves/Shantanu Kant on Bahu Hamari Rajni Kant. His films credits include Tum Bin, Naam Gum Jaayega, Dil Vil Pyar Vyar, Heroine, and 2013’s Gippi. Born Rakesh Bapat on September 1, 1978 in Mumbai, India, he got his start appearing in television commercials for companies like Colgate and Wrigley’s gum. He made his television debut in the serial Saat Phere. In 2011, he married actress Riddhi Dogra. 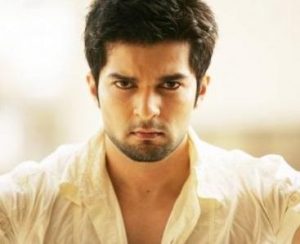 Raqesh Vashisth Facts:
*He was born on September 1, 1978 in Mumbai, India.
*As a painter, he won the National Award at the junior level for his painting.
*He won the title of Mr. Pune.
*His hobbies include painting, playing tennis, horse-riding, sculpting, singing, playing flute and sitar.
*Visit his official website: www.raqeshvashisth.com