Rashmika Mandanna is an Indian actress and model who predominantly works in Telugu and Kannada language films. One of the highest-paid actresses in the Telugu and Kannada film industries, Mandanna has received a Filmfare Award and a South Indian International Movie Awards. Her notable film appearances include: Kirik Party, Devadas, Anjani Putra, Chamak, Chalo, Geetha Govindam, Yajamana, Dear Comrade, Sarileru Neekevvaru and Bheeshma. 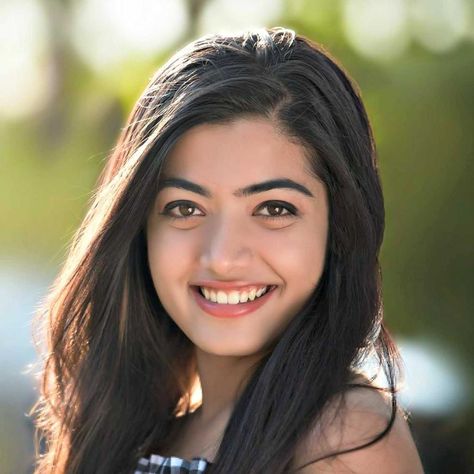 Born on April 5, 1996 in Virajpet, India, in a Kodava-speaking family to Suman and Madan Mandanna, Rashmika completed her schooling in Coorg Public School (COPS), and pursued a pre-university course in Mysore Institute of Commerce and Arts. She later pursued a bachelor’s degree in Psychology, Journalism and English Literature from the M. S. Ramaiah College. She made her acting debut with the 2016 Kannada film Kirik Party. She was engaged to actor Rakshit Shetty from 2017 to 2018.

Rashmika Mandanna Facts:
*She was born on April 5, 1996 in Virajpet, India.
*She won the Clean & Clear Times Fresh Face of India 2014 title, and became the brand ambassador of Clean & Clear.
*She made her acting debut at the age of 19 with Kirik Party in 2016.
*She made her Telugu cinema debut with the 2018 film Chalo.
*Follow her on Twitter, Facebook and Instagram.