Richard Hatch was an American actor, writer, and producer. He is best remembered for his portrayal of “Apollo” on the series, Battlestar Galactica. He played “Inspector Dan Robbins” on the television series The Streets of San Francisco. Born Richard Lawrence Hatch on May 21, 1945 in Santa Monica, California, to John Raymond Hatch and Elizabeth Hatch, Richard was raised with four siblings. He began acting in television in 1970, appearing as Philip Brent in the daytime soap opera All My Children. He died in Los Angeles on February 7, 2017, of pancreatic cancer, at the age of 71. 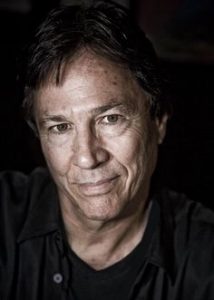 “I never thought of being an actor. I was far too shy, too insecure.” – Richard Hatch