Rick Hoffman is an American actor of film and television. He is best known for starring as Jerry Best in the FOX sitcom The Bernie Mac Show, Chase Chapman in the ABC comedy Samantha Who? and Louis Litt in the USA Network series Suits. He also appeared in many films, notably The Condemned, Cellular, and and Hostel. 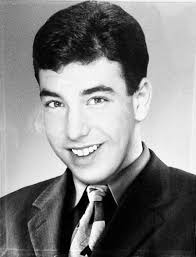 Rick Hoffman Facts:
*Born on June 12, 1970 in New York, New York, he grew up in Roslyn Heights, New York.
*He graduated from the University of Arizona and moved to Los Angeles, California, to start an acting career.
*He starred as Louis Litt in the USA Network series Suits from 2011 to 2019.
*Follow him on Twitter and Instagram.