Robert Prosky was an American actor, best remembered by the public for his roles in the films Thief, Christine, The Natural, Broadcast News, Gremlins 2: The New Batch, Hoffa, Mrs. Doubtfire, Last Action Hero, Miracle on 34th Street, Dead Man Walking, and Mad City. Prosky was twice nominated for Broadway’s Tony Award: in 1984, as Best Actor for David Mamet’s “Glengarry Glen Ross,” and in 1988 as Best Actor for “A Walk In the Woods.” 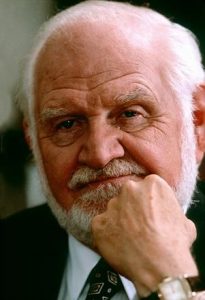 Robert Prosky Facts:
*He was born Robert Jozef Porzuczek on December 13, 1930 in Manayunk, Philadelphia, Pennsylvania, USA.
*He earned a degree in Economics from Temple University, and studied acting at the American Theatre Wing and performed at Old Academy Players near his home in Philadelphia.
*He served in the Air Force during the Korean War, but was honourably discharged when his father died.
*He made his film debut in Michael Mann’s Thief (1981).
*He married Ida Hove in 1960, and had three sons, John, Stefan and Andrew Prosky.