Rosanna Arquette is an American actress best known for her role as Roberta Glass/’Susan’ in the 1985 hit film Desperately Seeking Susan, for which she won the BAFTA Award for Best Actress in a Supporting Role. Her other notable film credits include Crash, Joe Dirt, The Big Blue, Draft Day and Pulp Fiction. Rosanna was born in New York City, New York, USA as Rosanna Lisa Arquette on 10 August, 1959 to Lewis Arquette and Brenda Denaut. She is of English, French-Canadian, Swiss-German, German, Scottish, Irish and Welsh descent on her father’s side, and of Ashkenazi Jewish descent on her mother’s side. In August 2013, Rosanna married investment banker Todd Morgan. She was previously married to John Sidel, James Newton Howard and Tony Greco. 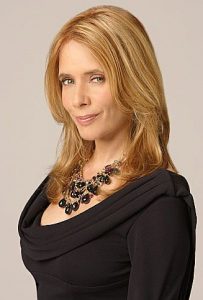 Rosanna Arquette Facts:
*She is a vegetarian.
*She is the older sister of Richmond Arquette, David Arquette, Alexis Arquette and Patricia Arquette.
*Website: www.rosannaarquette.com

“I love music and musicians. And seeing great artists dropped from labels was really frustrating and sad to me.” – Rosanna Arquette