Rosanna Roces is a Filipina actress born in Manila. One of the hottest actresses in the early 1990s, Rosanna is known for her performances in the 2001 film La Vida Rosa, Ligaya Ang Itawag Mo Sa Akin and Curacha, Ang Babaing Walang Pahinga. Born Jennifer Cruz Adriano in Manila, Philippines, on May 24, 1972, she has been married to Blessy Arias since 2016. She was previously married to Tito Molina. 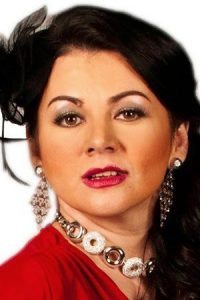 Rosanna Roces Facts:
*She was born in Manila, Philippines.
*She is known by her stage names Rosanna Roces and Osang
*She was a contract star of Seiko films from 1994 to 1996.