Roselyn Sánchez is a Puerto Rican singer-songwriter, actress, model, producer and writer. She is mainly known for her portrayal of Elena Delgado on Without A Trace. She can also be recognized for her role as Carmen Luna on the Lifetime comedy-drama Devious Maids. Her movie credits include Boat Trip (2002), Basic (2003), Cayo (2005), The Game Plan (2007), Rush Hour 2 (2001) and Venus & Vegas (2010). For her music video “Amor, Amor,” she received a Latin Grammy nomination. Born as Roselyn Sánchez Rodríguez on April 2, 1973 in San Juan, Puerto Rico, she is the youngest of three children and the only daughter. She worked as a model for the Puerto Rican comedy show Que Vacilon! in the mid 1990s. She has been married to actor Eric Winter since 2008, and the couple have a daughter, Sebella Rose and a son, Gabriel Winter. She was previously married to actor Gary Stretch. 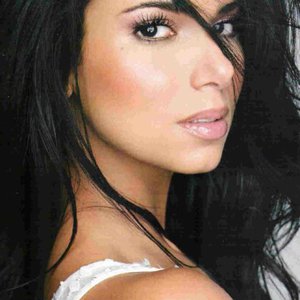 Books: Sebi and the Land of Cha Cha Cha

Roselyn Sanchez Facts:
*She is the youngest of four children.
*At age 18, she moved to New York City to take dance, acting, and singing classes.
*She won the Miss Puerto Rico Petite title in 1993.
*She won the international title of Miss American Petite in 1994.
*In 2001, she was listed #50 in Stuff magazine’s “102 Sexiest Women In The World”.
*She was named at number 70 on the Maxim magazine Hot 100 of 2008 list.
*She is a member of PETA (People for the Ethical Treatment of Animals).
*Follow her on Twitter, Facebook and Instagram.