Eddie Redmayne is a British actor, singer and model who has starred in such films as My Week With Marilyn, The Danish Girl, Les Misérables and The Theory of Everything, for which he won an Academy Award for Best Actor. He is the first to break into acting in his family. He debuted in 2006 Australian feature film Like Minds as Alex Forbes. His breakthrough role came when he played Gordy in the 2008 film The Yellow Handkerchief. For his performance in “Red”, he won the Tony Award in 2010. Born as Edward John David Redmayne on January 6, 1982 in London, England to Richard Redmayne and Patricia Redmayne, he belongs to English, Irish, Scottish and Welsh descent. His siblings are James, Charles, Thomas and Eugenie. He attended Eton College with Prince William and Ivo Stourton, the author of Kassandra. He has been married to Hannah Bagshawe since December 15, 2014. Together they have one daughter, Iris Mary Redmayne. 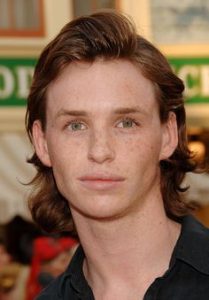 Eddie Redmayne Facts:
*He was born and raised in London, England.
*As a model, he worked for Burberry in 2008 and 2012.
*He debuted in 2006 Australian feature film Like Minds as Alex Forbes.
*He is a bathroom singer. He is singing since he was a kid.
*He had classes with Prince William while in Eton College.
*He is very close friends with Jeremy Irvine.