Ross Antony is a British musical actor, singer and television personality who gained fame as a member of the R&B/Pop group Bro’Sis, a band formed by the mega hit German reality series, Popstars. Bro’Sis disbanded in 2006. He portrayed the roles of Prince Rudolph in “Elizabeth” and Bobby C in “Saturday Night Fever”. In 2008, Antony won the RTL reality show Ich bin ein Star – Holt mich hier raus!, the German version of I’m a Celebrity… Get Me Out of Here!. Antony’s solo album, Aber bitte mit Schlager was released in 2017. Born Ross Antony Catterall on July 9, 1974 in Bridgnorth, United Kingdom, into an artists’ family, his parents are Vivien Catterall and Denis Catterall. He attended Bridgnorth Endowed School and graduated from the Guilford School of Acting for Music, Dance and Drama (1995). He is openly gay and has been in a civil partnership with the opera singer Paul Reeves since 2006. 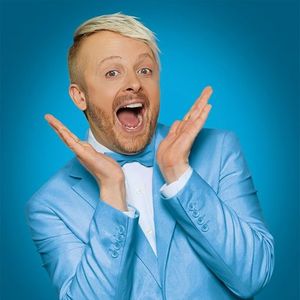 Ross Antony Facts:
*He was born on July 9, 1974 in Bridgnorth, United Kingdom.
*At the age of 3 Antony was already performing on stage alongside his father.
*He is a graduate of the Guildford School of Acting.
*He performed in musicals before he auditioned for “Popstars”.
*In 2008, he was the winner of Ich bin ein Star – Holt mich hier raus!, the German edition of I’m a Celebrity… Get Me Out of Here!.
*Visit his official website: www.ross-antony.com
*Follow him on Twitter, Facebook and Instagram.