Saad Lamjarred is a Moroccan singer and actor. He is best known for his many hits, including “Waadini”, “Salina Salina”, “Mal Hbibi Malou”, “Enty”, “Lm3allem”, “Ana Machi Sahel”, “Ghaltana”, “Let Go”, “Ghazali”, and “Casablanca”. His 2014 song “Enty Baghya Wahad”, became one of his biggest hits and earned him an award at the Méditel Morocco Music Awards 2014. He was also nominated for the Best Middle East Act at the 2014 MTV Europe Music Awards. “Enty Baghya Wahad” also won him the Murex d’Or for Best Arabic Song. The music video for his 2015 hit song, “LM3ALLEM”, earned a Guinness World Record achievement after garnering 500 million views on YouTube within three months of release. Born Saad Bachir Lamjarred on April 7, 1985 in Rabat, Morocco, to Nezha Regragui, an actress and comedian, and Bachir Abdou, a Moroccan classical singer, Lamjarred developed an interest in singing at the age of four. He studied music, art theory and dance at the Conservatory of Music in Rabat. In 2007, he participated in the Arab Super Star show, a version of the British show Pop Idol and placed second. His competitors in the final show were Marwan Ali (winner) and Yousra Mahnouch from Tunisia. He started his acting career in 2001, starring in the soap opera Ahlam Nassim. 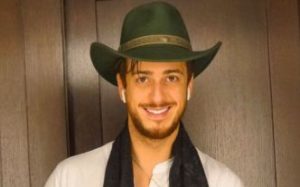 Saad Lamjarred Education:
He studied music theory at the Conservatory of Music in Rabat.

Saad Lamjarred Facts:
*He was born on April 7, 1985 in Rabat, Morocco.
*His 2015 hit “Lm3allem” (لمعلم) has become the most-viewed song by an Arab artist on YouTube.
*He was awarded Morocco’s highest national honor in 2015 by King Mohammed VI.
*He was accused of beating and raping a woman from Brooklyn, New York while visiting the United States in February 2010.
*In October 2016, he was arrested for having assaulted a French woman in a luxury hotel on the Champs-Elysee avenue. He was charged with aggravated rape and assault.
*On August 26, 2018, he was arrested in Saint-Tropez, France over rape allegations.
*Visit his official website: www.saadlamjarred.ma
*Follow him on Twitter, YouTube, Facebook and Instagram.