Saly Greige is a Lebanese engineer, model and beauty pageant titleholder who crowned Miss Lebanon 2014 beauty pageant. She represented her country at Miss World 2014 and Miss Universe 2014 but did not place in the competition. Saly was born in Al-Koura village, north of Lebanon on October 17, 1989. She attended the University of Balamand, where she studied Civil Engineering. 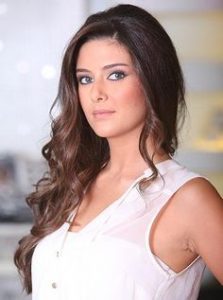 Saly Greige Education:
She graduated from University of Balamand with a Maters Degree in Civil Engineering.

Saly Greige Facts:
*She was crowned Miss Lebanon in 2014, where Elsa Hajjar came in the 2nd place and Rouba Monzer won the 2nd runner up.
*She is spontaneous.
*She is fluent in Arabic, English and French.
*Follow her on Twitter, Facebook and Instagram.