A multi-talented performer, Vicki Lawrence is most famous for her performance in the Carol Burnett Show (1967-1978). She is also known for her work in Mama’s Family, Laverne & Shirley, Password Plus, and Hollywood Squares. She was a Billboard Hot 100 singer and her single “He Did with Me” went to No. 1 in Australia. She was born Vicki Ann Axelrad on March 26, 1949 in Inglewood, California, USA to Ann Alene and Howard Axelrad, a certified public accountant. Her younger brother Joni Lawrence is a make-up artist. She has been married to Al Schultz since 1974. They have two children. She was previously married to Bobby Russell. 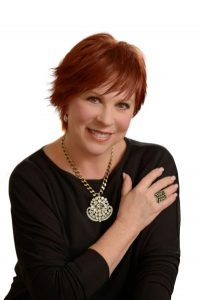 Vicki Lawrence Facts:
*Her family surname was legally changed to ‘Lawrence’ when she was young.
*While in high school, she was a cheerleader.
*She is an avid Animal Lover and donates to number of animal charities.
*Her hobbies are cooking and Sailing.
*Follow her on Twitter, Myspace and Instagram.