Samuel Robertson was born on October 11, 1985 in Dundee, Scotland. He is an actor and model best known for his roles as Flynn on E4 comedy-drama Beaver Falls and as Adam Barlow in the ITV soap opera Coronation Street. He has also appeared on Dementamania, Bedlam, and Celebrity Big Brother. 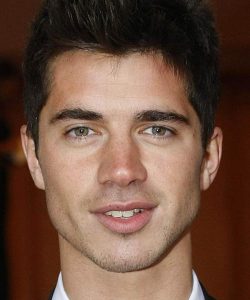 Sam Robertson Facts:
*He was born and raised in Dundee, Scotland.
*He is a keen follower of his local football team, Dundee.
*He played ‘Flynn’ in the E4 series, Beaver Falls, which aired in July 2011 in Britain.
*He played the part of Adam Barlow in Coronation Street at age 18.
*Follow him on Twitter.