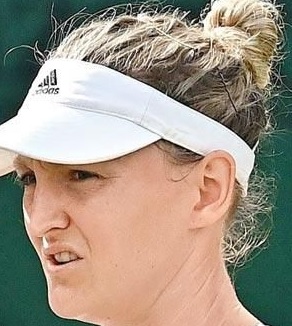 Samantha Murray Sharan is a British tennis player who achieved a career-high singles ranking of World No. 165 on September 23, 2013, and a doubles ranking of world No. 133 on November 15, 2021. Murray made her WTA Tour debut at the 2011 Eastbourne Classic, but lost to Anna Tatishvili in the first round. She has won four singles and 24 doubles titles on the ITF Circuit.

Samantha Murray Sharan Facts:
*She was born on October 9, 1987 in Stockport, United Kingdom.
*She playing tennis at the age of five.
*She plays right-handed and has a two-handed backhand.
*She has a career-high doubles ranking of No. 133.