Samragyee Rajya Laxmi Shah is an actress and model from Kathmandu, Nepal. She is best known for her starring role as Kavya in the movie “Dreams” opposite Anmol K.C. One of Nepal’s most popular and highest-paid actresses, Samragyee won Best debut actress in FAAN and Dcine Award in 2016. She has also starred in the 2017 film A Mero Hajur 2. She has also featureed in various Nepali music videos and on the cover pages of various magazines including M&S. Born in Kathmandu, Nepal, on November 18, 1995, to Neha Rajya Laxmi Shah and Mahesh Bikram Shah, she has one younger brother. She made her acting debut in the 2016 film in Dreams. 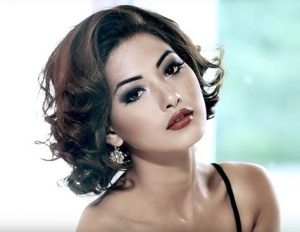 Samragyee RL Shah Facts:
*She started modeling at the age of 19.
*She became the second runner up at the Face of Classic Diamond jewelers fashion competition in November 2014.
*She won the Best Newcomer Actress Award at the FAAN 2016 award.
*Follow her on Facebook and Instagram.