Santiago Cabrera is a Chilean actor. He is best known for starring as Isaac Mendez in the television series Heroes, Lancelot in the BBC drama series Merlin, and Aramis in the BBC series The Musketeers. Cabrera is also notable for his roles as Darius Tanz in the TV show Salvation, and Captain Cristóbal “Chris” Rios in Star Trek: Picard. 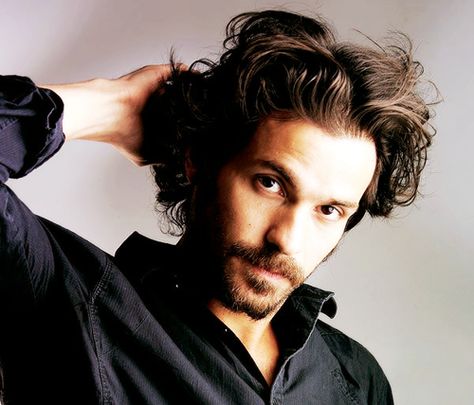 Born on May 5, 1978 in Caracas, Venezuela, to Chilean parents Cecilia Pérez Walker and Pablo Cabrera Gaete, he grew up in London, Romania, Toronto, and Madrid. Cabrera was captain of his football team in high school, and only tried acting when his teachers encouraged him. He has been married to Anna Marcea since 2003. They have a son together.

Santiago Cabrera Facts:
*Born on May 5, 1978 in Caracas, Venezuela, he is the middle child of three.
*He had planned on becoming a soccer star and played soccer for three years on a scholarship before switching gears and headed towards acting.
*In addition to his native Spanish language, he is fluent in English, Italian, and French.
*Follow him on Twitter and Instagram.