Ellen Petri is a Belgian beauty pageant titleholder who is notable for earning the title of Miss Belgium 2004 on December 12, 2003. Petri won the contest ‘The Heavenly 100′ organized by the Flanders’ magazine ‘Ché’ in 2004. She was voted the most beautiful woman on Earth. She won the ‘Top Fashion Designer Award’ at the Miss World 2004 pageant. 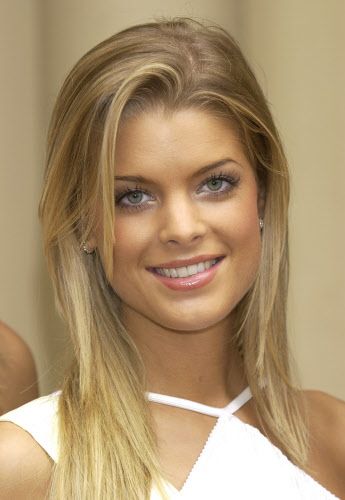 Ellen Petri Facts:
*She was born on May 25, 1982 in Merksem, Antwerp, Belgium.
*She began practicing ballet at the age of nine, and is employed as a model and choreographer.
*She was crowned Miss Belgium 2004, and became third in the Miss World Top Model 2004 election.
*She won a ‘Sims Award’ as the model with the nicest personality in October 2004.
*She placed 3rd in the “World’s Top Model” (won by Miss Mexico).
*Visit her official website: www.ellenpetri.be
*Follow her on Instagram.