Mini Bio: Sara Gilbert is an American actress, best known for her appearance as Darlene Conner on the ABC sitcom Roseanne from 1988 to 1997, as co-host and creator of the daytime talk show The Talk and for her recurring role as Leslie Winkle on CBS’s The Big Bang Theory. Sara was born Sara Rebecca Abeles in Santa Monica, California, to Harold and Barbara Abeles. 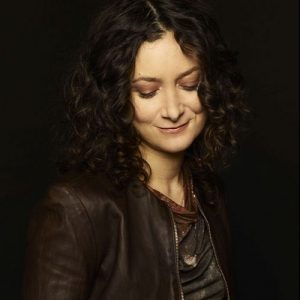 Sara Gilbert Facts:
*She was ranked #38 in VH1’s list of the “100 Greatest Kid Stars”
*She is a vegan.
*At the age of 6, when Sara saw her sister Melissa Gilbert get a star on the Hollywood Walk of Fame, she told her mother that she wanted to be an actress, too.
*She has a fear of being injured, which was discussed on her show “The Talk”.
*Follow her on Twitter, Facebook and Instagram.