Mini Bio: Irving Rameses Rhames, better known as Ving Rhames, is an American actor whose film appearances include Dawn of the Dead, Rosewood, Bringing Out the Dead, Pulp Fiction, Out of Sight, Baby Boy, Don King: Only in America, Con Air, Dave, and as Luther Stickell in the Mission: Impossible film series. Ving was born in Harlem, New York City, New York, to Reather, a homemaker, and Ernest Rhames, an auto mechanic. He has one older brother named Junior Rhames. He has been married to Deborah Reed since 2000. He has a son, Freedom and a daughter, Reign. He was previously married to Valerie Scott. 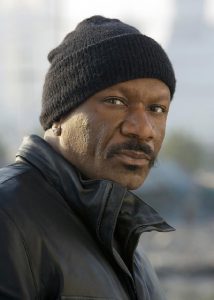 Ving Rhames Facts:
*He started his career on Broadway in The Winter Boys in 1984.
*He is a huge fan of boxing and often goes to live major events.
*He is the son of a mechanic and a homemaker, and the youngest of two boys.