Sara Paxton is an American actress and singer, best known for her role as Mari Collingwood in the 2009 horror film The Last House on the Left. Her other film appearances include Aquamarine, Return to Halloweentown, Sydney White, The Front Runner, Superhero Movie and The Innkeepers. She has starred in her own television show called Darcy’s Wildlife. As a singer, Sara recorded her first album in 2007. She released her song “Kiss Me Like You Mean It” through SoundCloud in 2012. Born on April 25, 1988 in Woodland Hills, Los Angeles, California, she’s an only child of Lucia and Steve Paxton. Paxton started acting at an early age, appearing in many minor roles in both films and television shows. She gained fame in 2004 by playing the titular role in the television series Darcy’s Wild Life and Sarah Borden in Summerland. She graduated from El Camino Real High School in Woodland Hills in 2006. In October 2019, Paxton married her longtime boyfriend, actor Zach Cregger. 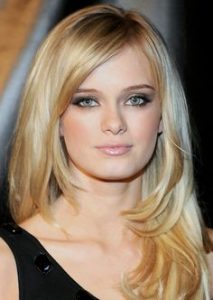 Sara Paxton Facts:
*She was born on April 25, 1988 in Woodland Hills, Los Angeles, California, USA.
*She was educated at El Camino Real High School in Woodland Hills.
*She began acting in television commercials as a child.
*She played Mari Collingwood in The Last House on the Left (2009).
*She is fluent in both Spanish and English.
*She cites artists Goldie Hawn and Reese Witherspoon as her biggest inspirations.
*Amy Lyndon was her First acting coach and manager.
*She is good friends with Shenae Grimes-Beech, Miriam McDonald, Aly Michalka, AJ Michalka, Julia Chantrey and Brie Larson.
*She is close friends with Corbin Bleu, Benjamin Hollingsworth, Mischa Barton, Ashley Madekwe and Nico Tortorella.
*She is best friends with Matt Lanter and Nina Dobrev.
*She enjoys playing video games.
*She has three dogs named Jenny, Frankie and Bubs, a Chihuahua puppy named Coco Chanel, and another Chihuahua named Bella.
*Follow her on Twitter, Facebook and Instagram.