Sarah Roemer was born on August 28, 1984 in San Diego, California, USA as Sarah Christine Roemer. She is an actress and model, best known for her roles in the films The Grudge 2, Disturbia, and Fired Up! and the television series The Event. She began modeling at the age of 15. She was nominated for an MTV Movie Award for her role in the 2007 film Disturbia. She has been married to Chad Michael Murray since January, 2015. They have two children. 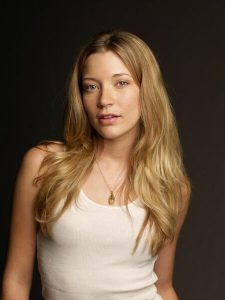 Sarah Roemer Facts:
*She was discovered by a model agent at a 7-Eleven when she was 15 years old.
*She posed for Maxim Magazine in 2007.
*She was the cover model of the Summer 2004 issue of Sportswear International fashion magazine.
*Follow her on Twitter and Instagram.