Sarah Smart is a British actress who has starred on numerous television series, including At Home with the Braithwaites, Jane Hall and Wallander. In 2011, Smart appeared in a two-part story for the sixth series of the BBC series Doctor Who as the sympathetic ‘villain’ of The Rebel Flesh/The Almost People. She has also been featured in a number of radio dramas. Born on March 3, 1977 in Birmingham, England, UK, her mother is the scriptwriter Pat Smart, and she has two sisters Suzie Smart and Donna Smart and one brother, Stephen. Smart lived in Northfield until 1987 and was educated at St Paul’s School for Girls in Birmingham. She started her career as a child in the television series Woof! and made her debut in the 1989 TV movie Ball-Trap on the Cote Sauvage. 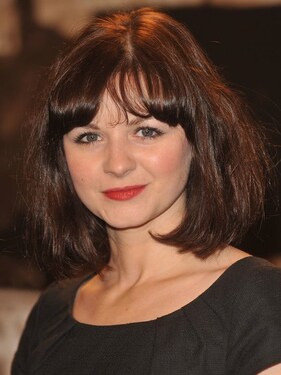 Sarah Smart Facts:
*She was born on March 3, 1977 in Birmingham, England, UK.
*She attended St. Paul’s School for Girls.
*She played Virginia Braithwaite in the comedy drama At Home with the Braithwaites from 2000 to 2003.