British interior designer and television personality who is most widely known for his appearances on the BBC programme Changing Rooms. In 2010, he became a judge on the ITV reality series Popstar to Operastar. Llewelyn-Bowen’s other notable works include ‘House of the Year 3’ for BBC Northern Ireland, ‘Auction Party’ and ‘House Gift’ on ITV1, ‘Hidden Houses of Wales 2’ on BBC Wales and ‘Hidden Paintings of the West’. Born Laurence Roderick Llewelyn-Bowen on March 11, 1965 in Kensington, London, England, to parents Patricia and Trefor Bowen, he is of Welsh descent. He has a brother named Edward and a sister named Frances. He was educated at Alleyn’s School in Dulwich and later graduated with a degree from the Camberwell School of Arts and Crafts in 1986. Following graduation, Llewelyn-Bowen worked for the Harefield Group of Companies and the interior design firm Peter Leonard Associates. In 1989 Llewelyn-Bowen started his own design consultancy. He is married to Jackie Bowen with whom he has two daughters Cecile and Hermione. 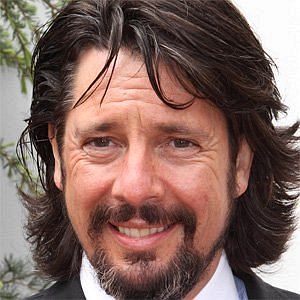 Laurence Llewelyn-Bowen Facts:
*He was born on March 11, 1965 in Kensington, London, England.
*He presented the BBC television series Changing Rooms.
*He was a radio presenter for Classic FM until June 2015 when he was replaced by Alexander Armstrong.
*He took part in the BBC series Celebrity Painting Challenge in 2019.
*Visit his official website: www.llb.co.uk
*Follow him on Twitter, Facebook and Instagram.