Sasha Pieterse is a South African actress, singer, and songwriter. She is best known for her portrayal of Alison DiLaurentis in the Freeform series Pretty Little Liars. She played a supporting role as Amy Loubalu in the 2011 Disney Channel film Geek Charming and starred in the 2013 teen comedy film G.B.F.. In 2017, Pieterse competed on the Dancing with the Stars – season 25 and finished in 10th place. Born on February 17, 1996 in Johannesburg, South Africa, to professional dancer parents Zizi and Sean Pieterse, her family moved to the U.S. in 2001. Pieterse was raised in Las Vegas and then Los Angeles. She made her television debut as the character Buffy on the series Family Affair in 2002. In May 2018, she married her longtime boyfriend Hudson Sheaffer following a three-year long engagement. 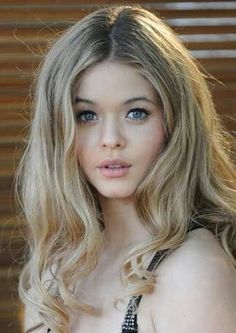 Sasha Pieterse Education:
She was homeschooled and graduated at 14.

Sasha Pieterse Facts:
*She was born on February 17, 1996 in Johannesburg, South Africa.
*She is the only child of her parents.
*Both of her parents are professional dancers.
*She moved to the United States when she was 3 years old.
*She started horse-riding when she was just 9 years old.
*Her beauty icon is Jennifer Aniston.
*She enjoys horse riding, traveling, cooking, photography, and jewelry making.
*She is a fan of the American football team, Green Bay Packers.
*Follow her on Twitter, YouTube, Facebook and Instagram.