Scott Adkins is an English actor, producer, screenwriter, martial artist, and gymnast notable for his roles in direct-to-video action films. He is best known for starring as Russian prison fighter Yuri Boyka in the 2006 film Undisputed II: Last Man Standing and its two sequels, Undisputed III: Redemption and Boyka: Undisputed; Casey Bowman in the 2009 film Ninja and its 2013 sequel Ninja: Shadow of a Tear; French in the 2018 film The Debt Collector and its 2020 sequel Debt Collectors. Adkins has also starred in the films The Legend of Hercules, Wolf Warrior, and Ip Man 4: The Finale. His television credits include Doctors, EastEnders, Mile High, Holby City, and Métal Hurlant Chronicles.

Born Scott Edward Adkins on June 17, 1976 in Sutton Coldfield, West Midlands, England, to parents Janet and John Adkins, his older brother, Craig, also studied martial arts. Adkins was educated at Bishop Vesey’s Grammar School in Sutton Coldfield. He is married to Lisa Adkins with whom he has one daughter, Carmel. 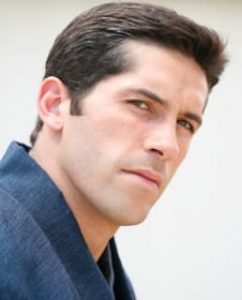 Scott Adkins Facts:
*He was born on June 17, 1976 in Sutton Coldfield, West Midlands, England, UK.
*He began training in martial arts at 13 after he was mugged.
*He gained his first black belt in Taekwondo at the age of 19.
*He started his acting career working with Jackie Chan in China.
*He notable for doing many of his own stunts.
*His fitness idols are Bruce Lee, Jackie Chan and Jean Claude Van Damme.
*Visit his official website: www.scottadkins.com
*Follow him on Twitter, YouTube, Facebook and Instagram.