Seiko Matsuda is a Japanese pop singer and songwriter. One of the Japan’s most popular singers of the 1980s, Matsuda made her debut as a Japanese POP star at the age of 18. She has a total of twenty-five #1 singles and held the record for a female artist with most #1 singles until Hamasaki Ayumi broke that record in March 2006. She is nicknamed the “Eternal idol” by the Japanese media for her popularity in the 1980s and her long career. Her best known hits include “Hadashi no Kisetsu,” “Aoi Sangoshou,” “Kaze wa Aki Iro / Eighteen,” and “Tabidachi wa Freesia.” She has also released three English albums. Born Noriko Kamachi on March 10, 1962 in Kurume, Japan, to Kazuko and Tsutomu Kamachi, she is the mother of actress and singer Sayaka Kanda. She is married to Hiromasa Kawana. She was previously married to Hiroyuki Hatano and Masaki Kanda. 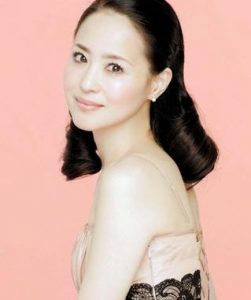 Seiko Matsuda Facts:
*She was born in Kurume, Japan on March 10, 1962.
*She sang the song “The Right Combination” with Donnie Wahlberg.
*She holds the record for the most consecutive singles to reach number-one (24).
*Visit her official website: www.seikomatsuda.co.jp