Amrita Puri is an Indian film actress and model. She made her film debut in the 2010 romantic comedy film Aisha, for which she won the Stardust Award for Best Breakthrough Performance. She also starred in the films Blood Money (2012) and Kai Po Che! (2013). Born on August 20, 1983 in Mumbai, India to Anita and Aditya Puri, she has one brother named Amit. She was educated at Bombay Scottish School and St. Xaviers College. She started her career in entertainment through writing and doing theatre. She then began doing commercial work for companies such as Kotex and L’Oreal before she began a career in film. She married Imrun Sethi in 2017. 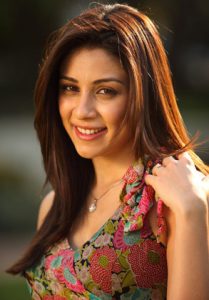 Amrita Puri Facts:
*She was born on 20 August 1983 in Mumbai, India.
*She used to work as a copywriter in O&M.
*She had her feature film debut in 2010.
*She starred in the 2012 film Blood Money alongside Kunal Khemu and Puja Gupta.
*Follow her on Twitter and Instagram.