Sela Ward is an American actress, author, and producer. She is best known for starring as Teddy Reed in the NBC drama series Sisters, Lily Manning in the ABC drama series Once and Again, Stacy Warner in the Fox medical drama House, Jo Danville in the CBS police procedural CSI: NY, and Dana Mosier in the CBS police procedural series FBI. Her notable film credits include The Man Who Loved Women, Rustlers’ Rhapsody, Nothing in Common, Hello Again, The Fugitive, My Fellow Americans, The Day After Tomorrow, The Guardian, The Stepfather, and Gone Girl. 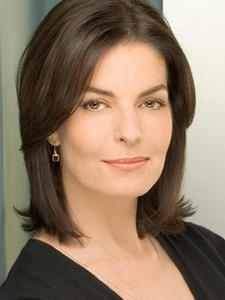 Sela Ward Facts:
*She was born on July 11, 1956 in Meridian, Mississippi, United States.
*She was a cheerleader and was named homecoming queen at the University of Alabama.
*She graduated from the University of Alabama with a Bachelor of Fine Arts in art and advertising in 1977.
*She made her acting debut with the 1983 comedy film The Man Who Loved Women.
*In 1994, she received her first Primetime Emmy Award for Outstanding Lead Actress in a Drama Series for her role in Sisters.
*She received her second Primetime Emmy Award and Golden Globe Award for Best Actress – Television Series Drama for the leading role of Lily Manning in the ABC drama series Once and Again.
*She was once engaged to actor Peter Weller.
*She has two children with Howard Sherman.