Selenis Leyva, born May 26, 1972, is a Cuban-born American actress, known for her role as Gloria Mendoza in the Netflix comedy-drama series Orange Is the New Black. She had a recurring role of Detective Mariluz Rivera in Law & Order. Selenis was born in Baracoa, Cuba and raised in The Bronx, New York. She has a younger sister, Marizol Leyva. She belongs to Cuban and Dominican descent. She has one daughter named Alina. 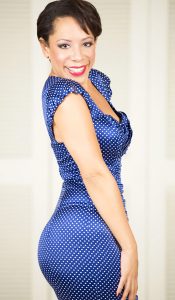 Selenis Leyva Facts:
*She is of Cuban and Dominican descent.
*She is active LGBT supporter.
*She has a teenage daughter named Alina Leyva.
*Follow her on Twitter and Instagram.