Shailene Woodley is an American television and movie actress and activist. She portrayed Amy Juergens on the ABC Family television series The Secret Life of the American Teenager from 2008 to 2013. She achieved further recognition for her starring roles in the films The Fault in Our Stars (2014) and The Divergent series (2014–16). Woodley’s other notable works include The Descendants (2011), The Spectacular Now (2013), Big Little Lies (2017), and Adrift (2018). She won an Independent Spirit Award and the 2012 MTV Movie Awards Breakthrough Performance Award, as well as a Golden Globe nomination. Born Shailene Diann Woodley in San Bernardino County, California, on November 15, 1991, to Lori Woodley, a middle school counselor, and Lonnie Woodley, a school principal, she was raised in Simi Valley, Caliofrnia. She has one younger brother named Tanner. She began commercial modeling when she was four years old. She was educated at Simi Valley High School in California. She was in a relationship with actor Shiloh Fernandez from January 2013 to April 2014. She then dated musician Nahko Bear from 2014 to 2018. In early 2018, she began dating rugby player Ben Volavola. 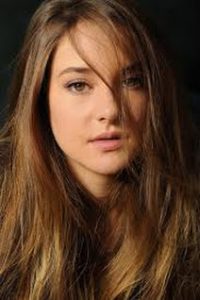 Shailene Woodley Facts:
*She was born on November 15, 1991 in San Bernardino, California.
*Her parents divorced when she was 15 years old.
*She was diagnosed with scoliosis as a teenager.
*She used to work at American Apparel as a sales associate.
*She is best friends with Megan Park.
*She admires actresses Kate Winslet, Mélanie Laurent, and Marion Cotillard.
*Her favorite movies include Dirty Dancing (1987), Moulin Rouge! (2001), Rent (2005), and Pirates of the Caribbean: The Curse of the Black Pearl (2003).
*Follow her on Twitter, Facebook and Instagram.