Shaina Magdayao is a Filipino television and movie actress, singer, dancer and model. She is best known for the television work on series such as Rounin, K2BU, Lyra, Maalaala Mo Kaya: Telebisyon, and Nathaniel. She is also known for her roles in the films Tanging yaman, Dukot, Ang Tanging Ina, Four Sisters and a Wedding, Sa ‘yo Lamang, and Pagpag: Siyam na Buhay. Born Shaina García Magdayao on November 6, 1989 in Quezon City, Philippines, to parents Deanne and Enrique Magdayao, she is of Cebuano descent on her father’s side, and of Spanish descent on her mother’s side. Her sister, Vina Morales, is also an actress, and has two other older sisters, Sheryl and Sheila. Her acting career began when she was seven years old, when she appeared in the Philippine TV series Lira. She released her debut album with Star Records in 2000 at age 11. In 2017, she began dating actor Piolo Pascual. 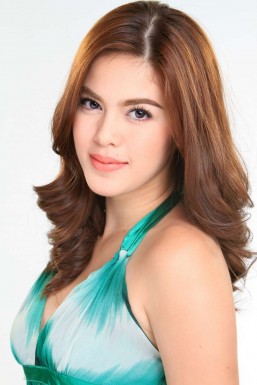 Shaina Magdayao Facts:
*She was born in Quezon City, Philippines on November 6, 1989.
*Her name, Shaina, means beautiful in Hebrew.
*She began acting when she was 7 years old.
*She is very good friends with actress Bea Alonzo.
*Follow her on Instagram.