Shannyn Sossamon is an American actress, director, and musician. She is known for her roles in television, such as Dirt, Moonlight, How to Make It in America, Mistresses, Wayward Pines, and Sleepy Hollow, and in the films A Knight’s Tale, 40 Days and 40 Nights, The Rules of Attraction, The Order, Kiss Kiss Bang Bang, The Holiday, Wristcutters: A Love Story, Road to Nowhere, The End of Love, and Sinister 2. As a musician, Sossamon was a member of the band Warpaint Warpaint from 2004 to 2008. In 2019, she created a video channel called THE MAUDE ROOM, a variety show in which she serves as writer, director, and performer. 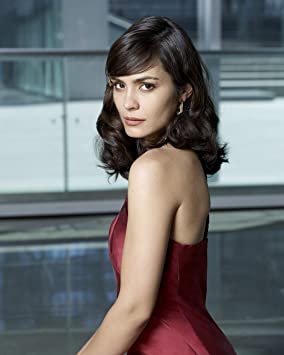 Born Shannon Marie Kahololani Sossamon on October 3, 1978 in Honolulu, Hawaii, to parents Todd and Sherry Sossamon, she is of Irish, French, Dutch, Hawaiian-Filipino, German and English descent. Shannyn’s parents divorced when she was five, and Sossamon and her sister were then raised by her mother, who married Randy Goldman, a salesman and manager of an auto dealership. She graduated from Galena High School in 1995, and moved to Los Angeles to pursue a career in dance and worked as a DJ. She had a son named Audio with author Dallas Clayton. She had another son named Mortimer with her boyfriend.

Shannyn Sossamon Facts:
*She was born on October 3, 1978 in Honolulu, Hawaii, USA.
*Her sister, Jenny Lee Lindberg, plays bass guitar in the band Warpaint.
*She played drums for the first album of the band Warpaint and directed the video “Undertow”.
*She appeared in the music video for “God Gave Me Everything” by Mick Jagger feat. Lenny Kravitz. (2001)
*She was ranked #55 in Stuff magazine’s “102 Sexiest Women In The World” in 2002.
*Follow her on Instagram.