Shanola Hampton is an American actress. She is best known for her portrayal of Veronica Fisher on the Showtime series Shameless, and for her role as Dr. Graceffa on the medical drama series Miami Medical. Hampton is also known for her roles in television, such as Reba, Scrubs, Related, Criminal Minds, and Hell’s Kitchen, and in the films The Mostly Unfabulous Social Life of Ethan Green, Things Never Said, The Hanged Man, You Again, Suburban Gothic, and Forever. She became the face model for Rochelle in the video game Left 4 Dead 2. Born on May 27, 1977 in Charleston, South Carolina, USA, to parents Anna and Gralin N. Hampton, she has three sisters including, Andrea and Felicia. She did her schooling from Summerville High School and graduated from Winthrop University with a bachelor’s degree in Theater. She later earned a master’s degree in Fine Arts from the University of Illinois. In March 2000, she married producer Daren Dukes with whom she has two children. 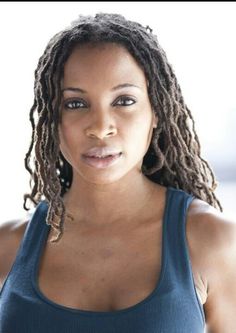 Shanola Hampton Facts:
*She was born on May 27, 1977 in Charleston, South Carolina, USA.
*In 2001, She moved to Los Angeles, and began appearing in commercials.
*For her role in Things Never Said, she won an acting award at the 2013 American Black Film Festival.
*She is best friends with Steve Howey.
*Her hobbies include, traveling back to South Carolina to spend time with family, swimming, and Pilates.
*Follow her on Twitter, Facebook and Instagram.