Laverne Cox is an American actress, dancer and reality television star. She is best known for her portrayal of Sophia Burset in the Netflix comedy-drama series Orange Is the New Black, for which she became the first openly transgender person to receive an Emmy nomination. In 2017, Cox starred as transgender attorney Cameron Wirth in CBS’ Doubt. She was a contestant on the first season of VH1’s reality show I Want to Work for Diddy, and co-produced and co-hosted the VH1 makeover television series TRANSform Me. Cox’s other notable works include I Want to Work for Diddy, The Mindy Project, Lip Sync Battle, Bored to Death, and Musical Chairs. Born on May 29, 1972 in Mobile, Alabama, USA, her birth name is Roderick Laverne Cox. Cox was raised by a single mother and grandmother within the AME Zion church, and has an identical twin brother, M Lamar, who also appeared on Orange Is the New Black. She attended Alabama School of Fine Arts in Birmingham, Alabama and studied for two years at Indiana University Bloomington. She also studied acting classes at the Marymount Manhattan College in New York City. She appeared as a contestant on the first season of the reality series I Want to Work for Diddy. In 2016, she started dating Jono Freedrix. 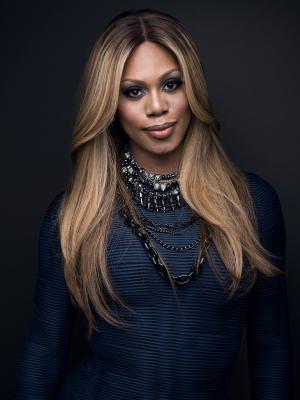 Laverne Cox Facts:
*She was born on May 29, 1972 in Mobile, Alabama, USA.
*She is the first openly transgender person to receive an Emmy nomination.
*She became the first openly transgender person to be on the cover of TIME Magazine on June 9, 2014.
*She appeared on the cover of the October 2014 issue of Essence Magazine.
*She was named as one of the 2014 grand marshalls for the New York City Pride March.
*She was in the music video for John Legend’s “You & I (Nobody In The World)” in 2014.
*She was one of the Out Magazine’s 100 most influential transgender, gay, lesbian or bisexual people in 2013.
*Visit her official website: www.lavernecox.com
*Follow her on Twitter, Tumblr, YouTube, Facebook and Instagram.