Shaun Wallace is a British barrister, lecturer and television personality. He is one of the “chasers” on the ITV game show The Chase. He is also a part-time lecturer and visits schools, colleges and other institutions to educate students on aspects of law. His autobiography, Chasing the Dream, was released in 2018. Born Shaun Anthony Linford Wallace on June 2, 1960 in England, United Kingdom, Wallace of Jamaican descent. He started working as a barrister in 1986. He has been married to Matilda Bray since 1990. 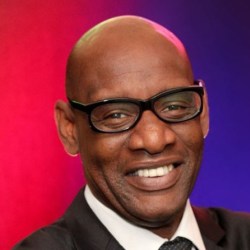 Books: Chasing the Dream: An Autobiography

Shaun Wallace Facts:
*He was born on June 2, 1960 in England, United Kingdom.
*He is the eldest of four children.
*He was the 2004 Champion of Mastermind.
*He was ranked 286th in the World Quizzing Championships in 2012.
*He is one of the chasers on the ITV game show The Chase, alongside Mark Labbett, Anne Hegerty, Paul Sinha and Jenny Ryan.
*He is a member of the southeastern circuit of the Criminal Bar Association.
*Owing to his heritage, he has been a member of the Jamaican Bar since 1999.
*In 2005, he campaigned to be elected MP for the Brent South constituency as an independent parliamentary candidate.
*He is a supporter of English Fooltball Club, Chelsea FC.