Sherry Stringfield is an American actress. She is mainly known for her portrayal of Dr. Susan Lewis on the NBC medical drama ER, for which she received three Emmy Award nominations. She is also known for her regular roles in the soap opera Guiding Light and the series NYPD Blue. Born Sherry Lea Stringfield on June 24, 1967 in Colorado Springs, Colorado, USA, she is the oldest of three children. She attended the Acting Conservatory of the State New York at Purchase, from which she graduated in 1989 with a Bachelor’s degree in Fine Arts. She made her acting debut on the CBS Daytime soap opera Guiding Light, playing Blake Marler from 1989 to 1992. In October 1998, she married journalist Larry E. Joseph and they had two children before divorcing in 2006. 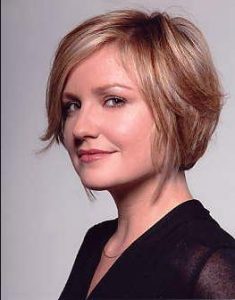 Sherry Stringfield Facts:
*She was born on June 24, 1967 in Colorado Springs, Colorado, USA.
*She is the eldest of three children.
*She enjoys motorcycle riding, skiing, reading and traveling.
*Currently, she resides in Los Angeles.