Shia LaBeouf is an American actor, director, and performance artist. He became recognized after his role as Louis in the Disney series Even Stevens, for which he received a Young Artist Award nomination in 2001 and won a Daytime Emmy Award in 2003. LaBeouf is best known for his roles in the films Transformers series, Indiana Jones, Disturbia, the Kingdom of the Crystal Skull, The Company You Keep and American Honey. He played Jerry Shaw in the 2008 American action techno thriller film Eagle Eye. Born Shia Saide LaBeouf on June 11, 1986 in Los Angeles, California, he is the only child of his parents Shayna and Jeffrey Craig LaBeouf. His mother is Jewish, of Polish Jewish and Russian Jewish descent while his father is of Cajun (French) descent, a Christian background. He is a 2003 graduate of Alexander Hamilton High School. LaBeouf began his career doing stand up comedy around places in his neighborhood, such as coffee clubs. In March 2016, he became engaged to his longtime girlfriend Mia Goth. He was previously in a relationship with actress Carey Mulligan (2009-2010) and China Brezner (2004-2007). 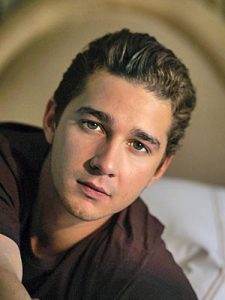 Shia LaBeouf Facts:
*He is the only child of his parents.
*He was after his grandfather, who was also a stand up comedian.
*He was raised in his mother’s Jewish religion and was also baptized in Angelus Church.
*He won the Orange Rising Star Award in 2008.
*He has appeared twice on the cover of GQ magazine: June 2008 and April 2010.
*In 2008, he was ranked #6 on Moviefone’s “The 25 Hottest Actors Under 25”.
*Follow him on Twitter and Instagram.