Shiv Kapur is an Indian professional golfer who won the Indian and Malaysian Amateur Opens in 2000 and an individual gold medal at the 2002. Turning professional in 2004, Kapur made a considerable impact in his second season on the Asian Tour by winning the season ending Volvo Masters of Asia and finishing the year fourth on the Asian Tour Order of Merit. In 2007, he joined the European Tour. Born on February 12, 1982 in New Delhi, India, to parents Renu and Ravi Kapur, he went to Purdue University and played the amateur circuit in the United States. He is married to Maya with whom he has one daughter, Veda. 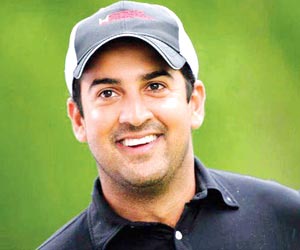