Shorena Begashvili is a Georgian actress, model and television host. She is best known for her own show Night with Shorena on Imedi TV. She is also known for appearing in the 2012 black comedy Keep Smiling. Born on July 8, 1982 in Tbilisi, Georgia, Begashvili attended the Shota Rustaveli Theatrical Institute. After graduating from Shota Rustaveli Theatrical Institute, she worked in some theatres. At the age of 16, she married her boyfriend. Begashvili gave birth to a daughter named Eva in 2001. 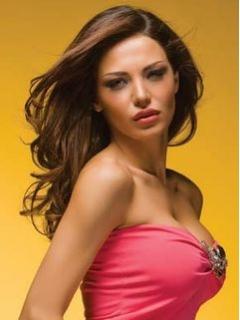 Shorena Begashvili Facts:
*She was born on July 8, 1982 in Tbilisi, Georgia.
*She used to work as a theatre artist before appearing on television and films.
*She appeared on the cover of Georgia’s Playboy magazine in their August 2007 issue.
*She appeared in the 2017 issue of Hello Georgia magazine alongside actor Alec Baldwin.
*She has a pet dog named Sani.
*She has a number of tattoos on her body.
*Follow her on Twitter, YouTube, Facebook and Instagram.