Shrenu Parikh is an Indian television actress known for playing the role of Aastha Agnihotri in Iss Pyaar Ko Kya Naam Doon?…Ek Baar Phir and Gauri Kumari Sharma in Star Plus’s Ishqbaaaz and Dil Boley Oberoi. Previously, she played the character Aastha in the television series Havan from 2011 to 2012. Times of India named her Ahmedabad’s Most Desirable Woman in 2017 and 2018. Born on November 11, 1989 in Vadodara, India, to a Gujarati family, she completed her schooling from Navrachna Vidyani Vidyalaya. She was crowned Miss University in 2007, and was the second runner-up in the Miss Vadodara Competition in 2008. Parikh made her acting debut in 2010 with the serial Gulaal. 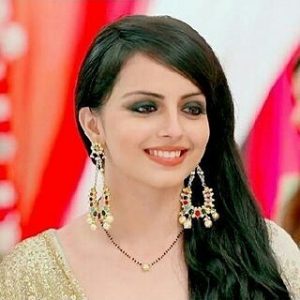 Shrenu Parikh Facts:
*She was born on November 11, 1989 in Vadodara, India.
*She holds a degree in B. Pharma.
*She won the title of Miss University in 2007.
*She was named Times of India’s Ahmedabad’s Most Desirable Woman in 2017 and again in 2018.
*Follow her on Twitter, Facebook and Instagram.