Peng Shuai is a Chinese professional tennis player who achieved a career-high doubles ranking of World No. 1 on February 17,2014, and a singles ranking of world No. 14 on August 22, 2011. Turning professional in 2001, Peng has won two singles and 22 doubles titles in international tournaments. Peng won a gold medal at the 2010 Asian Games and won her first ladies’ doubles championship with Hsieh Su-wei of Taiwan at the 2013 Wimbledon Championships. She again won at the 2014 French Open with Hsieh. In her career, Peng has defeated many top-10 and top-5 players, including Kim Clijsters, Francesca Schiavone, Jelena Janković, Agnieszka Radwańska, Martina Hingis, Amélie Mauresmo, Anastasia Myskina, Elena Dementieva, Marion Bartoli, and Vera Zvonareva. 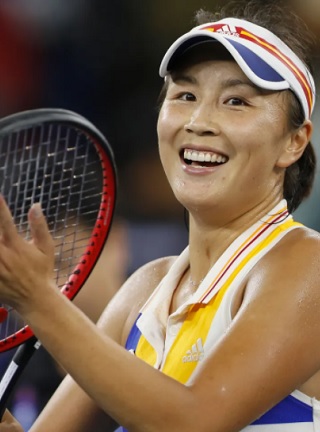 Shuai Peng Facts:
*She was born on January 8, 1986 in Xiangtan, China.
*She started playing tennis when she was 8 years old.
*She plays right-handed and has a two-handed both sides.
*She turned professional in 2001.
*She became the first Chinese tennis player to achieve a career-high doubles ranking of World No. 1 on February 17,2014.
*She accused former senior Chinese vice premier Zhang Gaoli of sexually assaulting her in November 2021.