Sierra Boggess is an American theater actress and singer who originated the role of Ariel in the Broadway production of “The Little Mermaid” and portrayed Christine Daae in “The Phantom of the Opera”. From February 2010 to March 2011, she starred as Christine Daaé in Phantom’s sequel Love Never Dies, for which she was nominated for a Laurence Olivier Award. Her other credits include Les Miserables, Master Class, It Shoulda Been You, School of Rock, The Secret Garden, Love, Loss and What I Wore, and Ever After The Musical. Born Sierra Marjory Boggess on May 20, 1982 in Denver, Colorado, to parents Kellun Turner and Michael Boggess, she is the middle child of three, with an older sister named Summer and younger sister named Allegra. She attended George Washington High School, graduating in 2001. In 2004, she graduated from Millikin University with a with a B.F.A. in musical theater. Boggess started her career in the Ensemble and as the understudy of Cosette in the US Tour of Les Miserables. She was once engaged to fellow Broadway actor Tam Mutu whom she met in the West End production of “Love Never Dies”. 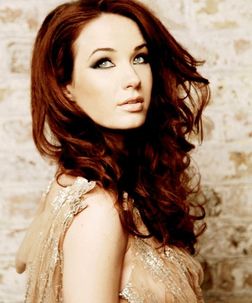 Sierra Boggess Facts:
*She was born on May 20, 1982 in Denver, Colorado, USA.
*She has one older sister named Summer and one younger sister named Allegra.
*She took flute lessons as a child.
*She is a soprano.
*She is an “avid yogi, vegetarian, and animal rights activist.
*Ariel is her favorite Disney Princess.
*She is good friends with frequent co-star Ramin Karimloo.
*She enjoys ice skating and Bikram yoga.
*Visit her official website: www.sierraboggess.com
*Follow her on Twitter, YouTube, Facebook and Instagram.