Simon Helberg is an American actor, comedian and musician. He is best known for his portrayal of Howard Wolowitz on CBS’s comedy series The Big Bang Theory, and for his role as Cosmé McMoon in the film Florence Foster Jenkins. He won a Critics’ Choice Television Award for Best Supporting Actor in a Comedy Series, for his performance in The Big Bang Theory. He has also appeared on the sketch comedy series MADtv and played Moist in Joss Whedon’s web miniseries Dr. Horrible’s Sing-Along Blog. He provided the voice of Bian Zao in the Nickelodeon show Kung Fu Panda: Legends of Awesomeness. Born Simon Maxwell Helberg on December 9, 1980 in Los Angeles, California, he is the son of Sandy Helberg and Harriet B. Helberg. He did her schooling from Crossroads School in Santa Monica, California, and attended NYU’s Tisch School of the Arts where he trained at The Atlantic Theater Company. He began his comedy career as one half of the comedy duo Derek and Simon. He has been married to Jocelyn Towne since July 7, 2007. Together they have two children, Adeline and Wilder. 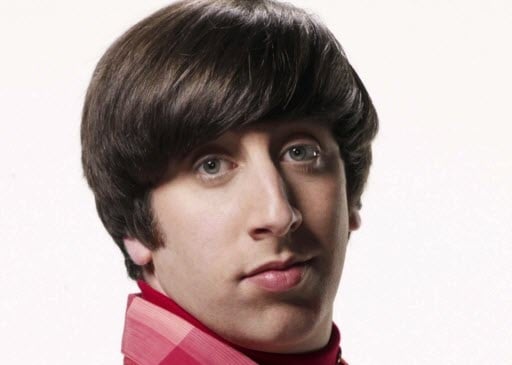 Simon Helberg Facts:
*He was born on December 9, 1980 in Los Angeles, California, USA.
*He began acting in 1999.
*He obtained his black belt in karate when he was nine years old.
*He played Howard Wolowitz in the sitcom The Big Bang Theory (2007–2019).
*He is also a professional pianist.
*Follow him on Twitter and Facebook.